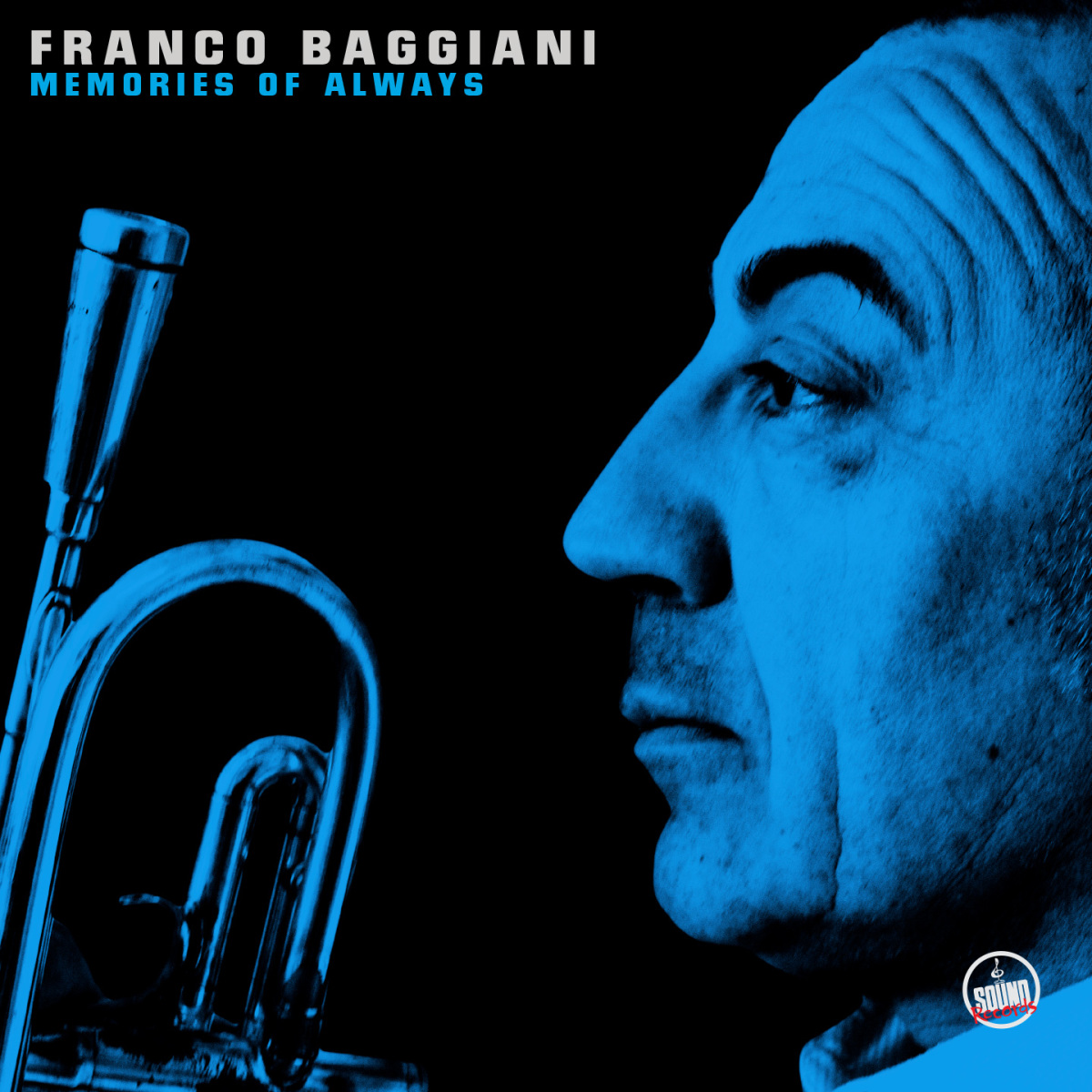 Jazz, funk, rock and serial arrangements: in his thirteenth work as a soloist, the eclectic Florentine trumpeter leads a volcanic ensemble between total improvisation and art music
Memories Of Always: the new album by Franco Baggiani

Smoldering, magmatic, swirling sounds: 7 long studio tracks created by the nods, looks, intuitions, collective flights and solo meditations of a 7-element ensemble. Memories of Always, Franco Baggiani’s newest work, is an echo of the funky mid-70s sound à la Miles Davis, among others: “While the overall structure maintains somewhat of a 1970s Davis-like essence, in this album I looked beyond that-at the 70s in general, of course, but not only to Davis, also to Ornette and Sun Ra, and found inspiration listening to Alfredo Casella and to certain Italian serial composers from the past century. If the starting point may appear to be Davis-like, the final outcome certainly is not.

Among the most productive Italian jazz trumpet players, and a one-of-a-kind personality in his genre in Europe given the numerous activities performed (discography, composition, teaching, education and art direction),Franco Baggiani has traveled alone down the path of the eclectic jazz man, finally creating an innovative album, which breaks away from the others, especially from the earlier My Way Through The Jungle: “While My Way Through The Jungle was a personal, non-didactic tribute to Miles’ 1969-1974 period, Memories blends all the recordings made in between, such as the more radical LPs Think, Florentine Session and The Dead City, in which my horizons came together with total improvisation and the musicians on them were totally different, with rather different qualities. What has always remained the same is the fact that all recordings are live-they are true, genuine studio improv sessions.”

The studio sessions the Florentine artist refers to are particularly suggestive moments, for atmosphere and conducting. The ensemble Baggiani directs – made peculiar by two percussionists added to the drums – experiments with the unusual combination of 1900 serial music and typically funky groove, under the typical direction that is dear to Baggiani: “I conducted the sessions borrowing from the gesture-based directing method used in European art music and developed in the 50s. I use about 6,7 conventional signs: each one corresponds to a specific instruction, which may relate to dynamics, to the exit or entrance of an instrument, to the dynamic contrast between instruments, to an exact rhythmic representation, to the movement of the melody towards a precise rhythmic pattern, to an improvised woodwinds section, etc. It often happens that I whisper musical phrases and sudden ideas in the musicians’ ears, and they must then play them when they receive my signal. I also have six mouth and eye signs: they also correspond to specific music patterns…”